My Book nearly completed and musings on Virgina Woolf, Amy Winehouse and the nature of trauma. 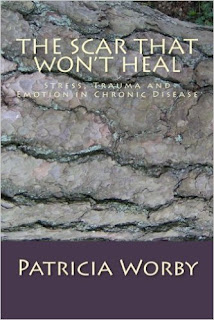 As I near the completion of my soon-to-be-published book 'The scar that won't heal'; healing everyday trauma and unresolved emotion', I realise I have learnt to  notice the effects of trauma so well that I can spot it in the stories or lives of others. Yesterday watching the new BBC series 'Life in Squares' about the Bloomsbury Group, it suddenly occurred to me that the reason that the writer Virginia Woolf suffered from such debilitating depression was maybe due to a traumatic incident in childhood. Nothing in the series indicated that fact. It was purely from the evidence of her early struggles with mental illness, the triggering of severe relapses by the death of her parents (which I read about subsequently) and something about the strict Victorian upbringing which the series so clearly shows, which stultified the two women. 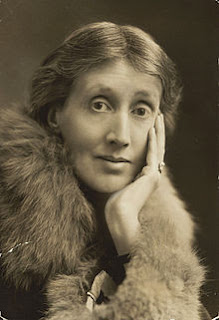 The Victorians were notorious for their sexually strict morals (outwardly) and the therefore unfortunate fact that many children were sexually abused in secret. What differs then of course was that no-one dare talk about it - Freud when he first declared that much of the neurosis he saw was due to sexual abuse of his clients as children scandalised Viennese society and he was forced to retract the idea and declare instead that these were children's fantasies (after all doesn't every child want to have sex with their parents??). Sadly these ideas were universally accepted as he was so influential no-one dared to disagree for many years. Even in the 1970's a standard psychiatric textbook declared incest to be so rare as to be unimportant and in any case had no significant effect on the child!* Today after the Jimmy Saville enquiry and the grooming of children in major UK cities we know differently..

Children are profoundly affected by such experiences, as well as lesser traumas such as being unloved or betrayed and the result, when their brains are still forming, is permanent dysfunction from subconsciously triggered traumatic memory. And, as my book makes clear this has very real physical results; dizziness (fainting), tinnitus, depression, migraines, panic attacks, irritable bowel syndrome and so on. These effects are real and they could be the basis of much mental and physical suffering including bipolar disorder which Virginia is believed to have suffered from.

I was incredibly saddened but also vindicated to read that she and her sister Vanessa, had indeed been abused by their half brothers, George and Gerald Duckworth, as she recalled in an essay ' A sketch of the Past' written in 1939. Could our current understanding of traumatic memory have saved her if she lived today? 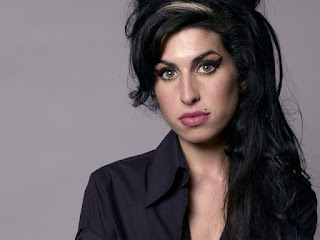 Would Amy Winehouse be dead if she'd had trauma treatment rather than standard addiction detox therapy (the eponymous 'rehab' of her famous song). This relies on abstinence which deals with the effects of addiction but not the cause. As soon as the stress builds up again, the cravings return. Although she did not have abuse in her past, she most definitely had trauma - the divorce of her parents when she was 9, was, to a highly sensitive child, hugely significant. And then, in later life,  her father wasn't able to provide the boundaries she so needed. Add to that meeting a similar addictive, traumatised partner, and her death was assured. Trauma is no respecter of talent.

But would she and all the other people who have these hidden scars be healed now?  To be honest it's unclear whether this information has filtered down to mental health professionals, or certainly primary care where most people first report mental health issues. There is still much work to be done. I hope in writing my book, which details much of the science behind the stress response and how it relates to traumatic memory, will help elucidate this information to a sceptical public and other professionals. The science is there. It just hasn't been joined up sufficiently yet to be understandable within a specialised, fragmented medical model. I hope to redress that balance.

* Bessel van der Kolk, one of the worlds' leading figures in the study of trauma, read us an extract from the manual as part of my trauma training. It was mind-blowing.
Posted by Unknown at 17:53 1 comment:

Why whole grains may not be good for you after all

The problem with Grains

For many years I have believed that whole grains were part of a healthy diet and have swapped my processed cereal breakfast for an oat-based one I made myself with nuts and seeds that I added.. however I note my teeth are not in great health (and where the teeth are going the bones soon follow). I have had to have a root canal filling and the enamel is chipping. Recently I read an article that explained the problem.
Certain whole grains (especially oatmeal) contain a molecule called phytate that inhibits mineral uptake - it binds Phosphorous in a form that we then cannot use, Calcium which we need for healthy bones is then leached from the body and we get bone loss - unless we have enough Vitamin D and other fat -soluble vitamins.
High-phytate diets result in other mineral deficiencies too; Zinc, Magnesium and Iron are all inhibited. This would explain why my iron levels are low even though I eat a wholefoods diet.

So what can we do? Well firstly we need to soak or sprout the grains first and if you are not prepared to do this then you need to swap a grain-based breakfast to one based on animal fats like egg and butter - it is interesting that absorbable calcium from bone broths and raw dairy products, and vitamin D from certain animal fats, can reduce the adverse effects of phytic acid. Get yourself a slow cooker to make your meals with meat on the bone..
Add Vitamin C to your diet to help iron absorption. Research shows that adding ascorbic acid significantly counteracted the effect s of phytic acid in wheat. Green leafy vegetable are best but of course if your gut is compromised you may have difficulty absorbing them. Once cooked they tend to lose most of their vitamin and mineral content so the best thing to do is to juice raw greens.. Adding Vitamin A and beta -carotene from coloured veg is also good - so add beets and/or carrots to your juice/blend..

Why are we only now having this problem? Well it seems that humans do not produce enough phytase to safely consume large quantities of high-phytate foods on a regular basis because our gut flora are compromised (due to toxicity, spraying of foods, poor diets etc). We need them to produce the enzyme that digests phytates; phytase which makes the phosphorus available and reduces the mineral depleting qualities of the molecule.. One species of good bacteria in particular seems to help more than others; probiotic lactobacilli and other species of the endogenous digestive microflora can produce phytase. Thus, humans who have good intestinal flora will have an easier time with foods containing phytic acid. Increased production of phytase by the gut microflora explains why some volunteers can adjust to a high-phytate diet. Sprouting activates phytase, thus reducing phytic acid.

We need to sprout and soak our grains and eat more animal fats! Almost opposite to the advice we have been given for years. So eat your butter and yoghurt (which is semi-fermented making the milk less allergy inducing). If you eat meat, cook it slowly it on the bone and not frying in polyunsaturated oils - (vegetable oils). Use coconut oil, or olive oil. And, juice all you can.