The importance of Lymph on brain function

Listening to a video and reading the article by Dr John Douillard about the importance of the lymphatic system on our health. I think this is probably the issue I had recently. I thought it was something else entirely. but it matches what was happening to me - and you have lymph nodes just above the gut which is where I swelled up. 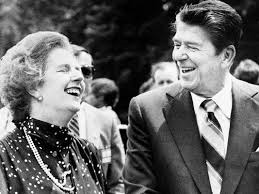 Does anyone remember Margaret Thatcher famously only slept 4 hours a night? - and you know how she ended her days.. Probably the same was true of President Ronald Reagan. He also got dementia.

I shall be talking about this amongst many other fascinating subjects in my next book 'The world within - how your microbiome makes you who you are' due out 2017.

See here for more details﻿ on this issue.
Posted by Unknown at 12:48 No comments: 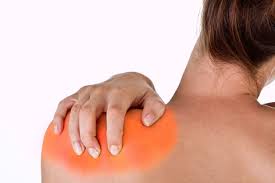 Frozen shoulder is something that I come across often in my practice. In my initial training as a massage therapist we were taught it was an unexplainable condition that came on suddenly, mostly in women of middle years and would last 1 - 2 years and disappear as suddenly. This intrigued me. How could a condition just disappear?

It is characterised by an inability to move the arm out from the body more than a few inches before intense pain is felt. usually when it first comes on it is noticed in the act of difficulty moving behind the body (as in doing up the bra in women). As it progresses movement will become increasingly limited and painful. What lies behind this symptomology? Is it a trapped nerve, or fascia - and if so how does it spontaneously resolve? What can a physical therapist do to help alleviate? These are some of the questions that have been troubling me.

In my subsequent study and practice of mindbody medicine, there appears to be a more logical explanation. If any of you have come across the work of Peter Levine, author of 'Waking the Tiger' (1) you will know that the mind and body work to keep the organism safe in times of danger or trauma. But, unlike the rest of the animal kingdom, we often do not discharge this energy after a brush with danger. The instinct to shake is often suppressed as we are told to 'pull ourselves together' or have a stiff drink. But in fact this normal body movement is necessary to remove the energy of the stress response from out of the muscles and if we don't do it, or can't do it we can get 'stuck' in an unresolved mobilisation to stress.

Now it is a fact that muscles move in concert with one another. Any movement needs the controlled response of two sets of muscles- the agonist and the antagonist. It is also true that emotions play a part in mobilising this response. Say for instance you are involved in a car crash and you go to move your hands up to protect yourself but they are held by the seatbelt. your instinct is thwarted. your life or the threat of injury has undoubtedly been saved but there may be a lingering response in your brain which is not discharged. It appears that this may be what lies behind such conditions as frozen shoulder. As Peter Levine himself states "the motor expression of two intense instinctual responses creates a conflict and results in frozen states... the energy bound in inhibited (thwarted) responses  is so powerful that it can cause an extreme bracing that often has profound effects" (2, P196).

But it's not only extreme trauma like accidents or shell-shock under war conditions that create stress in the body. I have already written extensively about 'everyday trauma' of common events like poor parenting, bullying, surgery, etc in my recent book (3). These stimulate our stress responses too. And it may be that when this is not cleared from the mind body of the person that conditions like frozen shoulder, or sciatica represent those undischarged muscular and nervous responses to threat.

What can we do then as therapists - or sufferers ourselves to help discharge and heal? Well, there are many ways but all of them involved becoming more aware of the body and helping to tune in (interoception) to the movements our body is trying to make. With frozen shoulder it is suggested to make the small movement you can make without pain extremely slowly while concentrating on what your body is telling you. with gentle encouragement you are often able to increase the range of movement when you discover what messages are being sent to the muscles which are stimulating both the agonist and the antagonist at the same time to lock the range of motion. Go even slower and do it again. The answers will often come spontaneously as a wave of shaking, crying or sweating relief - the is I sympathetic activation and shows you that your body is releasing. obviously for some people this happens spontaneously within 1 - 2 years. but to be able to do this yourself means you don't have to suffer so long.

Peter describes these techniques in much more detail in his books - but for now I leave you with one thought. As an example of how this ant/agonistic muscle stimulation happens - people who jump from burning building often break their legs before they hit the ground (or the net) due to the simultaneous in tense contraction of the leg muscles putting intolerable strain on the leg ,bones!  (2, p198). Food for thought how smaller but perhaps more chronic stresses, especially in a helpless situation may change the brain to lock the body in a protective response cycle. This, I believe explains frozen shoulder than any other explanation I know of. And it may explain too, why women suffer far more from this than men. helplessness is a state characterised by childhood but also by some women (and men of course) in their adult lives. A bullying boss, husband or just the intense suffering caused by living in a world that does not support or encourage you can be enough. Food for thought indeed.